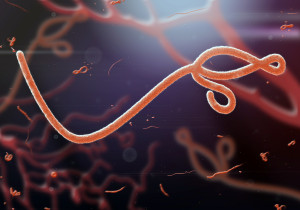 Our traditional view of viruses has been narrowly perceived to that their sole role is as organic aggressors. Certainly, their visible effect upon our human history, at least until now, has only been understood as the source of myriad scourges throughout human history. Viral epidemics have accounted for an enormous number of deaths including measles, smallpox, chickenpox, influenza, dengue, and, more recently, AIDS and Ebola. However, recent studies have expanded our understanding of other consequential effects that viruses have on us as humans. Previous studies have emphasized the importance of bacteria to our metabolism, immune system and overall health. This bacterial cooperation between our general cellular selves and our microbial partners has been termed our microbiome. Now, there is emerging data about a coexistent virome. This is the collection of viruses that play an intrinsic part in our vast microbial partnership and enables us to survive as complex organisms.

New information is revealing that certain viruses are essential for our well-being. For instance, the commons murine norovirus has been demonstrated to help repair inflamed intestinal tissue in mice. It helps restore immune defenses when the microbial component of our immune systems is damaged by antibiotic therapy. In research studies, mice that have their microbiome artificially depleted are protected from damage if pre-treated with murine norovirus.

The symbiotic contribution of commercial bacteria is well known. What has remained obscured until now is the essential contribution that eukaryotic viruses have on our homeostatic mechanisms. This refers to the complex biochemical and immunological checks and balances that all complex organisms display. A recent study confirms and further defines these deep interlocking relationships. The presence of murine norovirus among gut flora restores intestinal morphology and lymphocyte function. Research has confirmed that these effects are profound. Investigators found that those effects included transcriptional changes in the intestinal mucsoa associated with immune development and potent effects on interferon, an essential mediator of our immune system. These studies demonstrate that the presence of murine norovirus can compensate for the loss of necessary bacterial companions. What experiments such as these are proving is that viruses are also part of our enlarged hologenome and essential for the balance of cellular forces that keep us healthy. Viruses are not just pathogens. Some of them are necessary to support intestinal homeostasis and are critical in shaping intestinal mucosal immunologic status. This range of action is similar to that of the microbiome that has itself only recently been explored in depth.

What might we make of these findings? The answer lies within re-envisioning ourselves as much more than unitary beings. We are vast interlocking collectives of life seamlessly constructed as to seem one. We are hologenomes.

A recent article in LiveScience proclaims that ‘Microbes may have caused Earth’s biggest extinction’. The findings are part of a new study in the Proceedings of the National Academy of Science, ‘Methanogenic burst in the end-Permian carbon cycle’. The authors believe that there was a rapid burst of microbial activity triggered by massive volcanism in the end-Permian period that released enormous amounts of methane into the atmosphere.

A cataclysmic extinction event resulted 252 million years ago that is estimated to have killed as much as 90% of life on the planet over the course of approximately 20,000 years.Their conclusions are based on recent research suggesting that a surge of carbon dioxide levels in the atmosphere dates to the end-Permian extinction occurring in the same geologic interval as unusually large volcanic eruptions. The authors offer that the rapidity of the rise of atmospheric carbon dioxide and linked decreased oxygen levels imply a biologic origin for these climatic shifts. Their contention is that this extinction event is directly related to a horizontal transfer of genetic material from a cellulolytic bacterium to a unicellular microbe capable of producing methane and promoting the efficient degradation of organic carbon. This genetic transfer resulted in the expansion of a novel microbial metabolic pathway accelerating the metabolism of acetate as a major growth substrate in methane production. Basically, methane producing microbes, the last common ancestor of Methanosarcina, enabled the rapid conversion of carbon dioxide by other microbes that in turn diminished oxygen in the atmosphere. As a result of these rapid deviations, life across a wide spectrum was extirpated.

Furthermore, it is known that the metabolic activity of methanogenic microbes is limited by the
availability of nickel. The researchers analysed nickel deposits in South China sediments identifying a significant increase in nickel concentrations just before the end-Permian extinction, also presumed due to volcanic action. This catalysed the acceleration of the methanogenic disruption of the carbon cycle and contributed to acidification of the oceans and marine anoxia accounting then for the fact that 70% of marine life was also extinguished. Furthermore, they note that “anaerobic methane oxidation may have increased sulfide levels, possibly resulting in a toxic release of hydrogen sulfide to the atmosphere, causing extinctions on land.”

Certainly, any research that implicates microbial activity as a proximate cause of extinctions is welcomed when all complex organic life is understood to be hologenomic in nature. Yet, it is striking that a prejudice remains among scientists in paleontology, earth and planetary research and atmospheric sciences to disregard direct microbial pathogenesis in their considerations for causes for extinction. For example, Douglas Erwin in his excellent book, ‘Extinction’, from 2006, discusses possible causes of mass extinctions at length including extraterrestrial impacts, climatic aftermath of massive volcanic flood basalts in Siberia, climate change, glaciation and climatic cooling, oxygen depletion, and a Murder on the Orient Express hypothesis suggesting multiple interactions of a variety of these factors. But there is no mention of infection, parasitism, or epidemic pathogenesis. Even now with this report, …. microbes are implicated, certainly. But the described microbial effect is indirect and atmospheric and not related to infectious pathogenesis. Certainly, this is odd when considered within the framework of our own existence in which infectious pathogenic assault governs our lives, from conception to death.

Of course, this scientific blind spot is related to unfamiliarity with infectious pathogenesis in most fields of study rather than from the absence of abundant examples that would demonstrate the power of episodic epidemic disease to decimate populations. Even now, there are readily observable examples of the effectiveness of pathogenesis in initiating or accelerating extinction events. For example, Chytridomycosis is devastating amphibian populations worldwide and 120 species have vanished since 1980. Importantly, this is occurring in relatively pristine environments as well as those deemed environmentally challenged. Bee populations in multiple regions are in critical decline from colony collapse disorder. The culprit is a pathogenic virus, DWV, due to infestation with Varroa destuctor mite. This has spread from Asia across the entire world over the past 50 years. In the plant world, a soil fungus, Fusarium oxysporum, has been identified as the causative agent in Panama disease, an affliction that attacks the roots of banana plants and causes a widespread devastating wilt that is not contained by known fungicides. It need not take 20,000 years when the operative agent is anefficient predator, which is exactly what any pathogenic microbe is. Importantly, infectious pathogenesis is an agency in which wide effects are expected since pathogenic vectors can be spread by movement of carrier organisms, wind, or waves. It is time to accede that a common and readily observable phenomenon capable of undergoing episodic periods of distinctive amplification could
afflict a wide spectrum of species in concert rather isolated populations as is observed today. After all, this kind of cyclicity is the hallmark of all biologic processes.

An important additional component in extinctions is a phenomenon known as the Allee effect. This recognizes that the patterns of response of a population to the stress of disease critically changes when the constituency declines below identifiable index levels. Barriers against infectious virulence are not constant and can dynamically adjust based on population size and communal immunological diversity. This should be a prime lesson for all extinction theorists. Extinction theory cannot be disembodied from a thorough understanding of pathogenesis, the hologenomic nature of all complex organisms, and a willingness to examine the history of our planet based on the immensely broad cycles as they relate to infectious pathogenesis. To do otherwise is fundamentally flawed. Infectious pathogenesis should be the final common denominator of all mass extinctions, no matter which physical factors may accelerate its scope and toll. It alone is omnipresent and ubiquitous on this planet. Only it can account for the idiosyncratic mixture of life extinguished and spared by virtue of episodic waves of assault of novel microbes on populations and species of differing susceptibilities.

There is an inviolable dynamic on our planet. A relentless microbial realm is engaged in a complex immunological competition with the cellular homeostasis of complex holobionts. Unless this interplay is thoroughly considered, there can be no successful explanation for either localized extinctions or those capable of quelling life across our planet. In the final analysis, mass extinctions must encompass and embrace immunological interactions as a final common denominator. After all, is this not the world in which we all dwell?