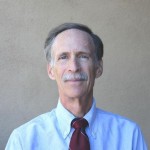 The outbreak of Ebola will not be the last global epidemic. I recently was interviewed by Jeanine Prezioso of Reuters concerning this subject. The original article appeared here — http://blogs.reuters.com/global-markets-forum/2014/10/23/ebola-will-not-be-the-last-global-epidemic-time-to-hit-the-reset-button-on-how-we-treat-it-physician/.

Ebola will not be the last global epidemic. It is, however, the first to spread as we hop on planes, rely on oil and chocolate from far flung locales and blindly lean on modern medicine’s ability to control and kill the very pathogens that live among us.

Now is the time to hit the reset button on our approach to viral outbreaks. While it’s taken health agencies, drug makers and the public-at-large time to wake up to the current spread of the deadly virus in Africa, there’s no time like the present to prepare for the next outbreak, Dr. Bill Miller, a physician and author of “The Microcosm Within: Evolution and Extinction in the Hologenome” said in an interview on Thursday.

A hologenome is essentially an organism’s sum of its parts, a combination of its cells and all the microbes (bacteria and viruses) that live within it. It’s the bacteria in your gut that helps your body break down food and the cold virus that makes you sick.

Ebola is just another microbe in a long list of those that seek to destroy its host, Miller says. His theories are a challenge to die-hard Darwinists, who, in turn, have challenged him. He has studied the intersection between immunology and infectious disease and says “our evolutionary narrative is different from Darwinian natural selection alone.”

Ebola, meanwhile, is thinning out the population in three West African nations. The U.N. World Health Organization’s (WHO) latest figures on Wednesday showed at least 4,877 people out of 9,936 confirmed cases have died in the outbreak in Liberia, Sierra Leone and Guinea. By many accounts those numbers may be conservative.

“The the single most important element of our health and success as individuals and species is how we cope with infectious diseases,” Miller told the Global Markets Forum. “Quarantine and isolation are really the only tools we have to deal with a pathogen such as Ebola since there is no generally available treatment other than supportive care and no vaccine.”

A lack of trained and available doctors to treat the infected at the virus’s epicenter and contain it is a big issue. Healthcare workers in contact with patients who have the virus run a higher risk of catching it. A doctor who returned to New York after treating Ebola-infected patients in Guinea was rushed to the hospital on Thursday with symptoms of the virus and tested positive for it later in the day.

Thomas Eric Duncan, who was visiting the U.S. from Liberia last month, was diagnosed with the virus in Dallas, Texas, and died earlier this month. A small outbreak in Nigeria was contained and a nurse in Spain was cured of the virus. The U.S. imposed screenings at major airports and six people who recently arrived to Connecticut from West Africa have been placed under quarantine.

Ebola is not known to spread in an airborne manner between humans, Miller said. It is “never impossible but very unlikely”. Miller’s recommendations for containing the outbreak are not far off from the protocols health and government officials have already put in place, i.e. setting up a team of infectious disease experts to assess individual cases. Also on hand should be a “core of highly trained individuals to come into any discrete area,” he said.

Miller called on researchers to speed up the study of the patterns of the disease and to streamline vaccine research. Big pharmaceutical companies are in the process of developing vaccines but want protection from legal entanglements. On Friday, the WHO said it expects to have 200,000 doses of Ebola vaccine available by the middle of next year.

“In the end, it is likely the big drug makers will be the ones that come out ahead. They have the budgets to do the expensive research, and they can buy any of the small ones that are initial leaders that succeed despite the odds,” he said.

“One day, this Ebola outbreak will just be a notation in the history books. And likely not nearly the most consequential, that is unless we exercise some foresight and this becomes that moment when a global partnership in common stewardship and joint need eventuates and we go forward with a very much improved international system.”