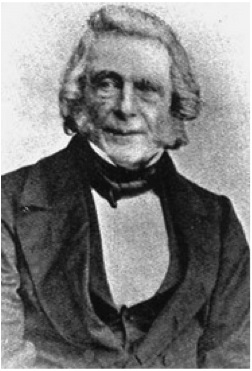 The publication of Charles Darwin evolution theory found in Origin of Species in 1859 and the Descent of Man in 1871 initiated a clamorous public and scientific debate that remains unabated today. His insightful analysis of the means of evolution by natural selection and descent by gradual modification has undergirded the discussion and investigation ever since.

Interestingly, Darwin was not the first to propose evolution by natural selection. New York University geologist Michael Rampino argues that there was an earlier theory of selection and gradual evolution advanced by Scottish horti-culturalist Patrick Matthew in the 1831 book,  Naval Timber and Arboriculture, prior to the publication of Darwin’s work.

Matthew further elaborated on this speculation in 1860. In those works, Matthew clearly stated the idea of natural selection as fundamental to the origin of species, but also emphasized that he believed that there are long periods of evolutionary stability disrupted by catastrophic mass extinction events. Even though both Darwin and his colleague, Alfred Russel Wallace, acknowledged that Matthew was the first to put forth the theory of natural selection, he has not been typically credited. Darwin’s notebooks show that he first promulgated his idea in 1838, and he composed an essay on natural selection as early as 1842 – years after Matthew’s work appeared. Matthew described the theory of natural selection in a way that Darwin later echoed: “There is a natural law universal in nature, tending to render every reproductive being the best possibly suited to its condition… As the field of existence is limited and pre-occupied, it is only the hardier, more robust, better suited to circumstance individuals, who are able to struggle forward to maturity…”

As opposed to Darwin, Matthew saw catastrophic events as a prime factor, maintaining that mass extinctions were crucial to the process of evolution: “…all living things must have reduced existence so much, that an unoccupied field would be formed for new diverging ramifications of life… these remnants, in the course of time moulding (sic) and accommodating … to the change in circumstances.” This insight was remarkably prescient as it is generally believed that evolution is indeed best understood by long periods of stability interrupted by major ecological changes that can occur both episodically and rapidly as opposed to only continuous and gradual modulation.

In On the Origin of Species, Charles Darwin skillfully advanced the concept that evolution proceeded by a process of gradual modification and that natural selection was its primary mechanism.

Even if not the first to consider these factors, he did contribute enormously. He put these concepts into a coherent evolutionary frame and defended it vigorously and well.

With new scientific discoveries, Darwin’s theories have been modified in an attempt to be concordant with new evidence. This has yielded substantial alterations of the purported mechanisms of evolution on a nearly continuous basis. Many of these same debates are in fact continuing. Aspects considered as conclusively settled at one time by some are reopened for discussion in the face of new discoveries. Consequently, issues involving the most basic processes in evolution that were nettlesome to Darwin such as blending or discontinuous inheritance, continuous evolution by gradual modification or by gaps, and differing viewpoints on the origin of organic complexity are still a part of our continued debate. However, Darwin’s looming presence has been a critical factor at every step.