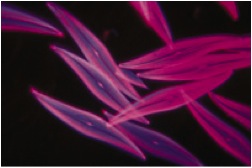 Hologenomic Evolutionary Theory is a modern theory of evolution that is entirely centered within the context of all organisms as hologenomic beings. In viewing the cell as the basic agency of evolutionary change and viewing natural selection as a filter instead of a driving force, it stands apart from Neo-Darwinism.  What are the major tenets?
Evolutionary development must start from a new biologic base compared to the Modern Synthesis. All cells are cognitive. There is a base level of awareness at the cellular level that permits limited discriminative preference as to cell status.

All cells seek to maintain themselves within a narrow functional boundary. This is termed homeostasis and is a fundamental property of cells. Importantly, each cell can cooperate and collaborate as well as compete towards its goal of sustaining its best homeostatic moment.From this, evolution proceeds by a dramatically different dynamic than by simple natural selection – genetic transfer, cellular intentionality and natural genetic engineering empower its course. Natural genetic or cellular engineering is the process by which cells constructively cooperate, collaborate and compete to sustain their preferred homeostatic level. In successive layers of interactive cooperation and competition, phenotypic novelty is built. Importantly, it is always an expression of the efforts of the conjoined cellular constituents to successfully maintain themselves. In this way, it is not really conceptually different from how we humans build cites. We each collaborate and cooperate and mutually compete to enact a city with all its forms and intricacies that in no manner resembles any individual human. We do this with the tools that we can employ in both the inorganic and organic realms based on our own privileged and still limited capacities. Cells do similarly but strictly according to their own limitations. They use what they can, which in their circumstances, are biological substrates. In an important sense then, we humans demonstrate capacities that are themselves direct iterations of base cellular faculties. We express them too, through our means, in a manner unique to our human species.Critically then, the wondrous forms and biologic processes that we readily assess emanate from a process of cellular creativity. That creativity is enacted at all times to best maintain all of the cellular constituents within any localized ecology, and reiterating onward and outward towards the forms and functions that we can easily apprehend. This process is not merely random. It has the directional component of the self-awareness within cells, which can be termed ‘cellular ipseity.’ Random events still manifest. However, they are utilized as they can be or simply accepted if resistance is futile. That output however must be ‘fit enough to survive.’ It is here that natural selection operates. In the cellular realm, this engineering process is effected by genetic transfer mechanisms that are not haphazard but proceed along the lines of biologic interactions that have previously and casually been recognized as infectious disease dynamics, a new principle in biology and evolution.Importantly though, the guidelines governing this process are immunological in nature. All cell-to-cell interactions are immunologically governed. In evolution, immunology rules. Its yield then is just the end point that modern science informs us is our natural reality. All complex creatures are hologenomes. Not as exceptions, but as the only complex organisms on this planet. Any new theory must completely explain this biologic endpoint. How is this best explained by Hologenomic Evolutionary Theory?  It alone is a theory rooted in cellular collaboration, cooperation, and co-dependence just as much as competition. It is a theory of connections, enacted cell-to-cell, layer-by-layer, and ecology-to-ecology. Evolutionary development is a building process through collaborative cellular dynamics and not merely a whittling process through natural selection. In Hologenomic Evolution Theory, connections are built upon the discrete and omnipresent primordial awareness of cells and genetic aggregates. Every biologic process that can be witnessed is its current expression.For all its varied contortions, Darwinism is deeply rooted in Victorian sensibilities … competition through natural selection… ‘Survival of the Fittest.’ In contrast, Hologenomic Evolution Theory asserts that complexity and novelty are acts of cellular creativity to serve the limited and discrete needs of constituent cells in an endless series. Genes are a form of communication as well as reproduction and act to sustain the varied environments and collected ecologies that comprise any complex organism. In this manner, genes primarily exist to ‘serve’, another important difference from Darwinism. Despite our prolonged Darwinian detour, fresh scientific findings are confirming that our evolutionary narrative has been affected through the demonstrable capacities of cells and the immunological reactions that govern their world.