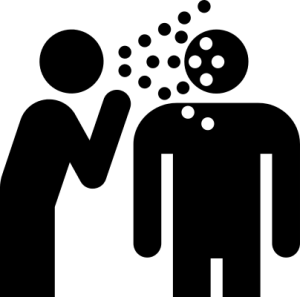 The Ebola Outbreak and Global Epidemics

The agitating Ebola outbreak has captured headlines. There are some who undoubtedly assume that this kind of epidemic is unusual. However, epidemic disease has always been a part of our biological system. Pandemics or the form of infectious disease that can spread across a continent or even the entire world are ancient processes too.

As the Ebola outbreak demonstrates, we humans have an extensive acquaintance with global epidemics and pandemics. Many of these infectious diseases occurred long before the modern era with its current ease of global travel or any concerns about a changing climate. Our written record of epidemics can be traced as far back as the Ten Plagues of Egypt which devastated livestock and humans. This experience is chronicled in Exodus 9:9, “ It will become fine dust over the whole land of Egypt, and festering boils will break out on men and animals throughout the land”. In the First Book of Samuel in the Old Testament, there is a vivid description of a lethal outbreak of ‘groin tumours’ in the Philistines, which was noted to occur in the presence of rats. This is possibly an early description of bubonic plague or tularemia associated with rodents. In the Middle Ages, there are extensive and graphic descriptions of the pandemic spread of bubonic plague in Europe and Asia that occurred in successive waves.

In more recent history, during the First World War in the fall of 1918, influenza ravaged populations worldwide accounting for an estimated 20-40 million deaths. It moved with astounding speed and at such a pace that more American troops died of influenza than in battle. Although there had been mild outbreaks of influenza in the spring of 1918, few deaths had occurred. However, within a short interval, a new strain of influenza virus emerged that was incredibly lethal. Uncontrollable hemorrhage into the lungs often lead to death within hours of the onset of symptoms. This pandemic was so sudden and unprecedented, and it exerted its worldwide effect with such fury, that a state of panic and chaos was experienced by many communities across the globe. Fatalities were not confined to the very young, elderly and infirm as is the typical distribution for influenza. Instead, it disproportionately attacked young adults and the previously healthy. This reversed the normal pattern of mortality so that its impact on the infrastructure of society had critical socioeconomic reverberations.

Now Ebola has raised global alarm. Although the spread of Ebola does not appear to follow the same mode of transmission as influenza, there are certain commonalities among any of the diseases that are currently considered to have the potential for world wide spread. Both influenza and Ebola are zoonoses, just like the viruses that spread HIV, SARS (Severe Acute Respiratory Syndrome), MERS (Middle East Respiratory Syndrome), or West Nile Virus. A zoonosis is an infection spread from one species to another, from animals to man or from man to another animal. The majority of human pathogens are zoonotic and nearly all the emerging diseases are caused by zoonotic pathogens.

Our human activities are crucial to its incidence and spread. We interact with other animals by hunting across a broad range and consuming a great variety of other species for food. We are eager travelers and keep diverse pets that often accompany us as we wander. Modern technology has dramatically changed our speed and ability to travel the globe and even inhabit inhospitable climates. Consequently, we may inadvertently introduce a new pest to a pristine environment. We, as humans, are not merely the victims of disease but an important carrier of an immense amount of microbial life and may inadvertently introduce novel pathogens to other animals through our actions.

As a result, relatively obscure diseases are now being granted a larger global range. Once a new disease emerges outside of its prior range, our cultural traditions can have a crucial impact on its dissemination. Societies can react idiosyncratically to vaccination programs, have long standing burial rituals, or access to vastly different health resources. Stigmatization of the ill, traditional health practices in some cultures, handling of wastes and secretions, perceptions of individual rights, or acceptance of an imperative to quarantine can widely differ between cultures.

Despite such disparities, the current Ebola outbreak renders a unique opportunity. Disease recognizes no boundaries of class distinction, ethnicity, language, race, or religion. If properly understood, this tragic epidemic is a gateway to a crucial international dialogue. A global action plan should be swiftly formulated and implemented based on our experiences with this current tragedy.

There are existing health agencies with crucial expertise that can be strengthened, such as the World Health Organization, the National Institutes of Health or Centers for Disease Control. Heightened worldwide coordination of similar agencies is imperative and funding must be significantly increased.

A dedicated team of recognized international experts should be formed as a ready response team in preparation for the next outbreak since there will always be another.
Resources and research must be devoted to studying the patterns of communicable disease and improving assessment tools. The search for vaccines and other cures must be markedly accelerated.

New methods to restrict populations of mosquitoes, tics, other insect vectors or rodents must be extensively implemented on a global scale. These inexpensive measures would have an immediate and consequential impact on worldwide disease burden.

A global effort to educate leaders and populations about infectious disease control and precautions must be started immediately. Overcoming cultural impediments will take time and patient instruction.
It is certainly realistic to ask where the money for such programs will come from and how might such cooperation be organized?

Our world wide discussions about climate change offers one model. Expensive responses to that peril are urged but it is uncertain whether any such measures will realistically affect climate trends. However, no matter the cause of a changing climate or its time line, its ultimate effect on our own human experience will be most dramatically experienced by a changing pattern of infectious disease. Even now, there are currently observable examples. There has been a notable shift in distribution of malaria in Africa and Asia and a northward migration of West Nile Virus in the US. Previously rare infections apart from Ebola are extending beyond their prior endemic zones. A serious viral infection, Chikungunya, was once confined to a small area of Africa. It had previously spread to Europe and Asia but now for the first time surfacing in the Caribbean and the continental US.

Zoonotic diseases are ever occurring. Some are relatively harmless; yet, others may intermittently and unpredictably spread with such ferocity that unprepared and inadequate health systems will surely be overwhelmed. A prompt coordinated redirection of a significant proportion of our limited resources for climate remediation towards infectious disease research and interdiction is our best response to this Ebola experience. It is now time for all of us to rethink our place in the global village and embrace appropriate priorities and reciprocal responsibilities through common need.