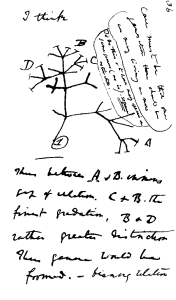 What produces biological complexity, novelty or impels the origin of species? When examined through all available contemporary evidence, the expression of novel phenotype and metabolic function emerges from processes other than natural selection and fitness as they have been traditionally assessed.

To best understand this issue, it is useful to closely consider a facet that is often overlooked in general discussions of evolutionary development. The case for natural selection dominating in evolutionary development can only be sustained if it is concomitantly presumed that variation is only random. In the circumstance in which organic variation is simply random, then abundant changes to a reproductive entity can be consistent with a path that builds alternative organic outcomes. Yet, even in this particular case, there would be no necessity for increasing complexity or useful novelty, since a random mechanism might just as easily go off in any direction. The barriers are obvious. Hence, an entire assembly of addenda to natural selection theory such as sexual selection mechanisms has been advanced to try to rescue Darwinism from this conundrum.

Hologenomic evolution theory asserts that evolution is subject to both random and non-random forces. The non-random aspects relate to the activity of cells that are aware within their scope and scale. This faculty energizes cellular and genetic engineering as a non-random set of complex reactions to environmental influences through cell-cell interactions. These relationships build in intricate layers of both genetic and non-genic interchange, thereby enacting complexity and novel solutions to environmental stresses through collaborative, cooperative and competitive cellular networks.  Speciation emanates from these same cellular interchanges as immunological events that separate one set of cellular networks from another. Immunology ultimately governs all cellular relationships and it is these immunological factors that separate differing cellular ecologies from one another from which new species can emerge.

Natural selection acts precisely at the initiation of novel cellular expression from inter-cellular processes and genetic interchanges. At that moment, natural selection acts implacably to assure that only the ‘fit enough to survive’ do so. Importantly though, it acts specifically at the immunological level first, and the phenotypic level after. After all, reproduction is itself an immunological event and all inter-cellular exchanges are governed by immunological rules.

Thus, natural selection does not drive speciation, complexity or novelty. It acts instead as a filter of biologic outcomes as new species aggregates emerge through both random and non-random cellular interactions.  It also acts to maintain any species once present in its attempt to successfully react to an ever-changing environment by encouraging the expression of phenotypic variety from within an underlying capacious genome. All complex organisms are expressions of this coordinated cellular activity. It is innate cellular awareness that enables complex networks of co-linked and collaborative cellular ecologies. Hologenomic organisms are their product. All complex organisms on this planet are hologenomes. There are no exceptions. There are non-random reasons for it.