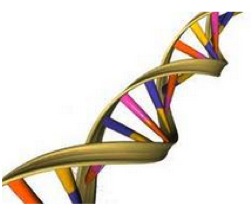 Metagenomic evaluation of any environment, ecology or tissue sample requires extensive computational power in order to properly assess large volumes of sequence data. This is required to mobilize an accurate representation of genetic diversity in a sample. New techniques in de novo metagenomic assembly effectively filter the total amount of data to be analyzed; yet, vast amounts of computer power are still required. New approaches to that analysis and changes in
the filtering methods have enabled improved methods of metagenome assembly of a more accurate characterization of the full range of microbial life in a sample. Complex software is necessary since in conventional genome analysis, only one species is being analyzed. However, metagenomic sample analysis, the required metagenome assemblers use algorithms to additionally separate species and to also attempt to assess their relative abundance. Different assemblers, utilizing differing techniques, can skew results based on scalability of the software and variability in data reconstruction filtering techniques. Recent studies have attempted to demonstrate that filtering shortcuts can still permit accurate analysis of any sample.

For example, the exact composition of the microbial life in any given sample surely contains mixed populations, but the exact species and the relative abundance of them are unknown. When standard metagenomic analysis is applied (shotgun sequencing), there is disruption of the sequencing data and grouping by species can be very difficult. Newer techniques are permitting more accurate analysis through chromatin level probability maps so that the individual genomes of microbial species can be accurately reconstructed within a mixed sample. The validity of some of the short cut techniques employed by metagenomic assemblers is typically assessed against published references of current metagenomic data. One problem is that the full complement of microbial life for any sample, for example, the human gut is still not fully understood. Metagenomics is only in its initial phases and surprises are revealed routinely in the analysis of tissue and environmental samples. For example, very recent evaluation of the human gut metagenome revealed a previously unknown gut virus, which has been linked to human chronic disease. Researchers indicate that this virus, called Assphage, lives in the gut of more than half of the world’s population and infects a common gut bacteria, Bacteroidetes. This particular virus was identified through a computer program and had not been previously identified. Yet it is ubiquitous and is currently believed to have a major role in diabetes and obesity. So at this moment, exciting new technologies are deepening our understanding of ourselves as the complex linkages of co-dependent ecologies outlined in The Microcosm Within. Metagenomic assembly is one tool to assess that partnership. Yet, there will be many surprises along the path to our fuller understanding of the power of those associations.

It is surprising how few people have actually ever read Darwin’s On the Origin of Species by the Means of Natural Selection (1859) since it is referenced abundantly and considered a foundational event in evolutionary biology.
It is not surprising then that it is generally unappreciated that Darwin did not actually answer the specific question of exactly how species arise. Instead, he proposed that evolutionary development proceeds through differential reproductive success, through competitive natural selection and also championed the concept of descent by gradual modification. But, there is a long list of scientists that have offered credible and thought provoking books to further explain evolutionary development and speciation and many of these were critical to the construction of the ideas underlying of The Microcosm Within.

Which sources might an interested person read in order to get a general background in the history of evolutionary thought? Certainly, skipping towards the present day makes the most sense. Interested individuals should consider becoming familiar with some of the works by Stephen Jay Gould. For example, his Wonderful Life: The Burgess Shale and the Nature of History (1989) is beautifully written and examines the critical Cambrian explosion and other discontinuities in evolutionary development. The works of Richard Dawkins [e.g. The Selfish Gene (1976)] are thought provoking and are useful in an historical sense. Much of what is currently written is a reaction to his critical thinking.

Acquiring Genomes: A Theory of the Origins of Species (2002) by Lynn Margulis and Dorion Sagan represented a radical rethinking of evolutionary biology with their championing of symbiogenesis. This courageous departure from mainstream thought remains a powerful influence in evolutionary biology.

For those interested in an informative critique of Neo-Darwinism, What Darwin Got Wrong (2010) by Fodor and Piattelli-Palmarini offers a trenchant review of its inadequacies. Speciation (2004) by Coyne and Orr gives an excellent capsule background into modern concepts in speciation. Fox and Wolf, in Evolutionary Genetics (2006) do the same for gaining an initial grounding in genetics. In The Plausibility of Life (2005), Gerhart and Kirschner offer an elegant attempt to find some means for accounting for the failures of the Modern Synthesis through concepts of facilitated variation. Their struggle to offer satisfactory answers, just like Dawkins, is pertinent to our ongoing debate.

Arguably, the best of the current works is the thin volume by James Shapiro, Evolution: A View from the 21st Century (2011). His concepts of natural genetic engineering, which are wholly part of hologenomic evolution theory, are explained in careful and rich detail.

All of these sources have been critical to the formulation of hologenomic evolutionary theory and I consider myself indebted to all of them. Each has contributed brilliantly to a field in which there is never final truth.