Insight into biologic processes can sometimes be gleaned from unexpected sources.Harvard University researchers have designed and programmed a group of tiny robots to mimic the basic building strategies of termites. The robots are equipped with sensors and can assess their surroundings and collaborate through an innovative technique modeled on swarm intelligence. 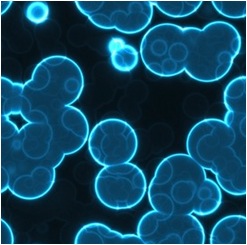 Lee Hotz in the Wall Street Journal (Feb. 14, 2014) quotes Justin Werfel, a staff scientist at the Wyss Institute for Biologically Inspired Engineering at Harvard University, “Every robot acts independently, but together they will end up building what you want”.

The experiment demonstrated that the robot swarm can build a variety of shaped structures such as castles and pyramids out of foam bricks. Each individual robot can autonomously build staircases to reach the higher levels of these structures. Simple programming rules permit forward, backward, up and down motion. Each robot can also sense the individual bricks that it carries and also the presence of nearby robots. Relatively complex structures can be constructed since the robots are smarter as a group than they are individually, and can recognize and correct some mistakes.

Although the design of this experiment was inspired by termites, the scientists might just as well have done their modeling utilizing cellular dynamics. Individual cells, too, act independently yet collaborate by using their own sensory apparatuses. Cells are aware of their surroundings, their cellular neighbors and even cells at a distance via sophisticated sensing and communication mechanism. These robots were programmed to follow very limited rules that allowed them to “respond to conditions around them and to each other.”
Cells are easily capable of the same range of responses. Indeed, the rules for cells, just as for real termites, are not exclusively straightforward nor as limited as in this experiment. Their awareness is much more sophisticated and extends beyond their immediate surroundings. However this experiment, even though limited, demonstrates that collaboration based only upon simple rules and basic sensory awareness can enable complex engineering of structures totally unrelated to the design of the originating individuals units. There need be no organizing principle beyond rudimentary rules of interaction. Therefore, it can be appreciated that in the biologic realm, complexity can be the yield of this sort of uncomplicated collaboration and it is reasonable to assume that natural systems would respond in the same manner. As Steven Johnson has said and this experiment elaborates, “ It is not the network itself that is smart; it’s that the individuals get smarter because they are connected to the network.” This is just as true for cells as it is for termites and humans. Indirectly then, the analogous power of natural genetic and cellular engineering by genetic aggregates and individual cells with limited awareness to create complex local environments is illustrated. That would be so even if cellular capacities were quite proscribed or comparable to the elementary rules devised by the researchers instead of the vastly broader and deeper capabilities that they possess. Constrained as these robots were, they were still able to build complex structures. Why would we doubt the correlative capacity of aware, linked and co-dependent cells to engineer biological results according to their own preferences, needs and limits? Nor should it be difficult to accept that all complex creatures have evolved and were elaborated by this same process, no different in kind than illustrated by this experiment.
Collaboration, repeated at every level and at every scale, represents the fundamental process by which all the current biologic endpoints on this planet have been reached ………as hologenomic organisms. Every complex creature on this planet is one. There are no exceptions. Nor could there be if the fundamental pattern of evolutionary development is based on collaborative biological engineering across a broad spectrum of cells, each intent on serving its own aims but capable of working cooperatively to achieve those goals. Indirectly then, this experiment elegantly illuminates the inherent power of natural genetic and cellular engineering in biological processes. Our biological world is based on a system of collaboration and competition through cellular awareness, preference, and intentionality. Even limited as it must be solely to its microscopic scope and scale, its outputs are the wondrous creatures we see all around us.